Hope all is well with your bear hunting families, and you had a great 2021 season. This year was the first year of the new zones that expanded bear hunting with hounds in the state of Wisconsin. I hope we used this opportunity to expand and also relieve some pressure on where we hunt. Our work is not done, we are still going to pursuing the expansion of the Central zone that we did not get. There was no scientific reason to not open the Central zone to hound hunting, it was killed by politics. That influenced enough people in government that they killed it. That is why it is so important this year that everybody in this organization influence your family, friends and anybody you bring into you hunting camp that we need to elect legislators that support our way of life. We are people that can take care of ourselves, and we do not need the help and influence of this sates elected officials that continue to manage select people instead of wildlife.

As you have seen this year what politics have done to the management of wolves. Science is not ruling the day, the enemies of hound hunting and freedom is. We need to turn out in force this fall and support who supports the WBHA. Change is needed in this state’s current administration and agencies and make sure our vote matters when it comes to managing bear and wolves and get the emotion out of science-based management.

We know this year there is going to be a hard push to get rid of chocolate, and this decision is not because of bear carcasses found all over the state. It is the chipping away at our sport and this tactic has worked in other states. We need to put our members in the position that we are the largest advocate group in the state of Wisconsin for bear health. And using bait responsibly is the way to do that. The enemies of baiting have been around a long time, at least 20 years in Wisconsin. I know we take it personal when we are accused of not caring for the health of Bear that is so much a part of our life and make us who we are, the WBHA. 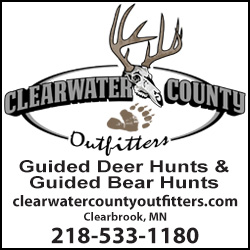 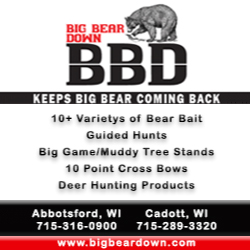