On September 9, the opening day of bear season in Wisconsin, on her grandfather’s property north of Hatfield in Clark County, young Naiya locked in on the first bear she had ever seen live.

“I was nervous, I was kind of shaking,” Iraci said describing when she saw the bear.

She wasn’t shaking enough to miss what would be a potential state-record holding 27-yard shot.

“We don’t know yet,” explained her grandfather and hunting partner, Michael Frank. “It’s in the process of being cleaned and dried for 60 days. It goes by skull measurement. We’re just going to have to wait.” 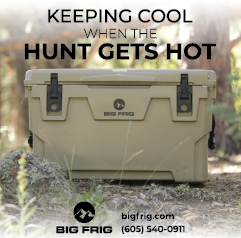